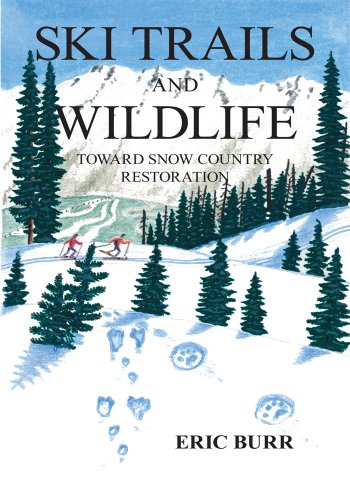 Snow sports are usually the first step to learning about snow country wildlife, which is only as safe as knowledgeable people want it to be. Unfortunately knowledge is too often lacking, and skiing is perceived as detrimental too wildlife. Reality is that skiing in all its many forms, from ski lift resorts to far flung Scandinavian style ski touring, holds the keys to wildlife conservation and restoration. No amount of litigation can change this basic fact of life, although the Mineral King Case (from the Supreme Court of the United States) certainly changed the legal landscape for all environmental litigation. Mineral King's near miss at becoming another ski lift avalanche disaster area preceded Early Winters, another almost ski lift area which shares the honor of being a Supreme Court case, and is the last chapter of this book. Olympic National Park is the other ski history explored, so that the National Parks are given equal emphasis with America's National Forests and Canada's Crown Lands.

An extensive bibliography also includes many electronically available sources. The language is not technical and no prior experience with either skiing or wildlife is presumed. The book is primarily written for both skiing and wildlife enthusiasts, who may not know much about each other. It is intended as a peace offering to hopefully prevent future ski wars and unnecessary trips through the legal system. That effort could be better spent restoring wildlife and the life support system of our circumpolar boreal forest.